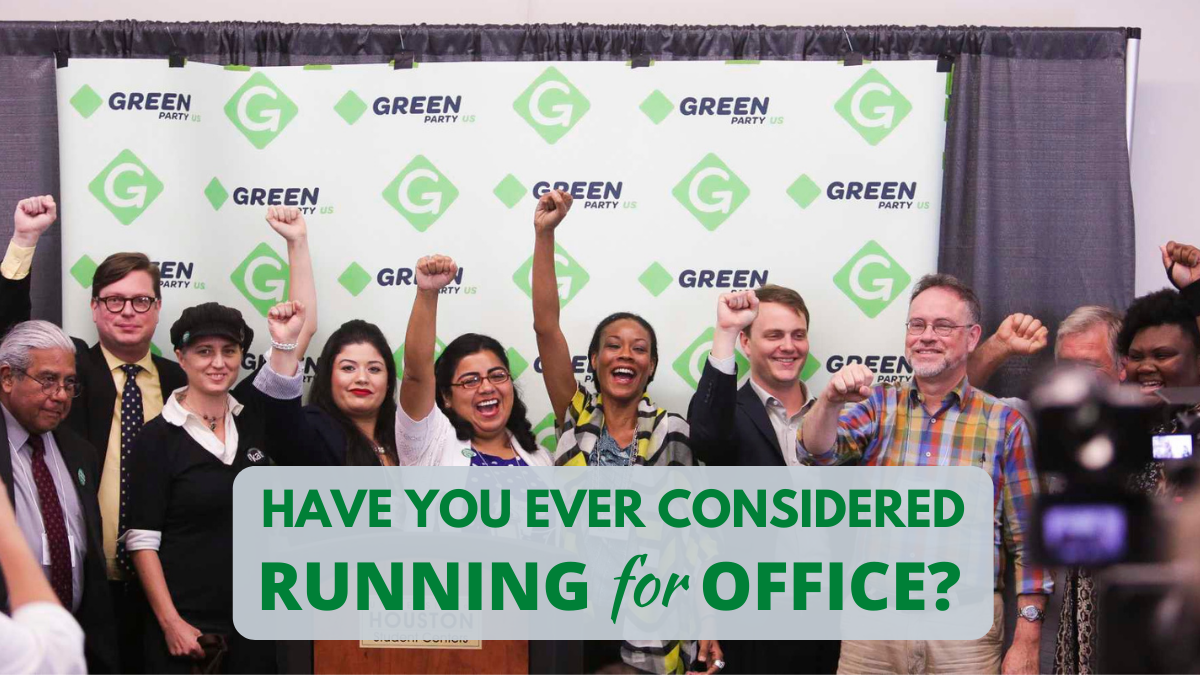 The Wisconsin Green Party is currently seeking candidates for 2022 elections.

Recent polls show over 60% of US voters believe the Democratic and Republican parties are doing such a terrible job that a new major party is needed.

The time is right to build a party for the people - but we need candidates to make it happen.

The corporate parties have only made things worse: from the rising cost of living to persistent social injustice, endless war, and the worsening climate crisis.

The root of our problems is the monopoly on power by two parties that serve big money, not the people. The solution is to build our own party, a truly democratic party that refuses to take corporate money: the Green Party.

But political movements don’t build themselves. We need candidates who are willing to stand up and carry the Green banner.

Win or lose, every Green campaign plants the seeds of future victory, by bringing Green values into the mainstream, challenging establishment politicians to answer for their failures, and recruiting new members into the movement - including future candidates.

We also have the opportunity this year to win back our ballot status, after a 2020 cycle where the so-called Democratic Party launched an anti-democratic campaign to remove Green candidates from the ballot. That shows the establishment is scared of us - but we can't let it happen again.

At the local level, Greens in Wisconsin have won over 50% of the races they’ve entered. Running more candidates at all levels will not only make a difference in our communities, it will also help build the critical mass we need to win higher office and turn our values of peace, justice, democracy and ecology into reality. It will also strengthen the growing movement to fix our broken electoral system with reforms like ranked-choice voting, proportional representation, and publicly financed elections.

Then mark your calendar for the WI Green Party 2022 Spring Gathering on Saturday April 9, where we'll have space for prospective candidates to introduce themselves.

We look forward to hearing from you!