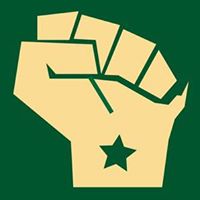 The Wisconsin Green Party wants to wish everyone a happy Juneteenth to celebrate the expansion of freedom in America!

For those of you who haven't heard of Juneteenth, it was started by slaves freed in Texas after the Civil War.  June Nineteenth (1865), shortened to Juneteenth, marks the day Union General Granger came to Texas, the final place slavery was still thriving in the Confederacy, to make everyone aware that the emancipation proclamation would be enforced in all states.  Clearly, the freedom they gained was highly restricted.  Yet, celebrating victories when we can is very important in the fight for all people to enjoy freedom and equality.

Since that time, several social justice movements have advanced American freedom and equality, and many are still doing great work today...

In Wisconsin, we recognize many fantastic activists working on prison issues like labor (a.k.a. America's legal loophole to slavery), arbitrary parole revocation rules, inhumane conditions (particularly solitary confinement) and more.  Our Milwaukee local is a proud member of the #CloseMSDF Coalition.  The coalition's goal is to close the Milwaukee Secure Detention Facility for its overcrowded and inhumane conditions leading to more than a dozen deaths.  It mostly houses people with parole revocations, and none of its residents had been sentenced to the death penalty.  Meanwhile, Wisconsin has taken note that its prison system has many issues concerning justice and freedom for Wisconsinites.  Though the terms of Governor Evers' latest act are conditional to people who have been free from the DOC for five years, it was a small victory when he reinstated the pardons board.

We recognize other remarkable activists around the state working on environmental racism in addition to the other infamous problem of economic inequality.  These problems effectively remove freedom from some people while others are able to enjoy extra freedoms.  Poor people, especially people of color, struggle most with pollution and aging infrastructure. They are the least able to pay for upgrades, and in the case of systemic redlining, industrial areas with the highest risks to pollutant exposures were often the only locations available to racial minorities.  These communities suffer more health problems due to exposure, while wealthier communities enjoy the extra freedom from such exposure to industrial toxins. Wisconsinites have been focused on demanding clean water as a priority for all people. This persistent demand is resulting in state and local victories in which lead pipe replacements and other pollutant cleanups gained some funding this year.   The Wisconsin Green Party and its locals are in coalition with various environmental and social justice groups which serve as policy advocates and watchdogs.

Nearly 20 years after Juneteenth began, The Statue of Liberty came to New York, June, 17, 1885.  Its French artist, Bartholdi, was inspired by the Union victory in the Civil War.  The words of the American poet, Emma Lazarus, on the statue "Give us your tired, your poor, your huddled masses yearning to breathe free" have welcomed immigrants to join our melting pot for over a hundred years.  Yet, this week, we continue to hear troubling news on our southern border as our Department of Homeland Security installed concentration camps maintained by border patrol.  Let's be clear, the Wisconsin Green Party strongly opposes the detention of asylum seekers and other immigrants for the crime of searching for a safe place to live.  Our founding fathers wrote about certain "inalienable rights" for all people, not just citizens, and we agree.

Therefore, this Juneteenth, we use one hand to raise a glasses in a toast to our compatriots for the freedoms we are enjoying now, while we keep the other hand ready to help lift up our brothers and sisters still struggling for humanity and equal rights in Wisconsin and across the nation.  Come celebrate with us, and join us as we fight to fully realize our country's promise "Land of the Free.”