Mark Denning (indigenous organizer of Menomonee River Protector) was among those leading the march.  Organizers of the march from the Youth Climate Action Team carried a banner with the message, "Our house is on fire."  Greater Milwaukee Green Party Co-Chairs Mike McCallister and Greg Banks, Wisconsin Green Party coordinating council member Tom Rodman, and Wisconsin Green Party Co-Chair Barbara Dahlgren marched in solidarity.  The Green Party has, since its founding, supported local environmental actvist work and nonviolent action and is proud to support young people in the fight against global warming.

As the rally continued outside the Wells Fargo building, eleven activists brought the demands into the bank's lobby.  The Milwaukee police arrested 11 activists for their civil disobedience in Wells Fargo.  Video footage of the peaceful sit-in shows Green Candidate, Alex Brower, for Milwaukee City Comptroller participating in the action among the eleven activists:

https://www.facebook.com/VoteforAlexBrower/videos/473759883556418/UzpfSTUzNjAyMDY1OjEwMTAwMTMxNTU4NjcyNjk3/.  Brower has since been back and busy on the campaign trail collecting at minimum 1500 signatures to secure ballot access for the spring elections (the primary is February 18, 2020 and the general is April 7th).  Alex is running with the promise of replacing We Energies with a municipal utility in order to drive down energy costs while swapping coal and other fossil fuel sources with renewable sources.  In the wake of multiple climate strikes and political pressure to adopt the Green New Deal (a policy originally proposed by the Green Party), we may be seeing signs that Wisconsin will not wait for Washington D.C., and instead help to lead on the issue of climate change.  We know from a great history of grassroots organizing in the United States that change follows mass movements, and the Green Party would like to invite you to join with us in the movement today to create a Green Wisconsin.

Lee Stedman, Co-founder of the Gaia Coalition Network shared some of the following images with us from #FreezeTheFuels: 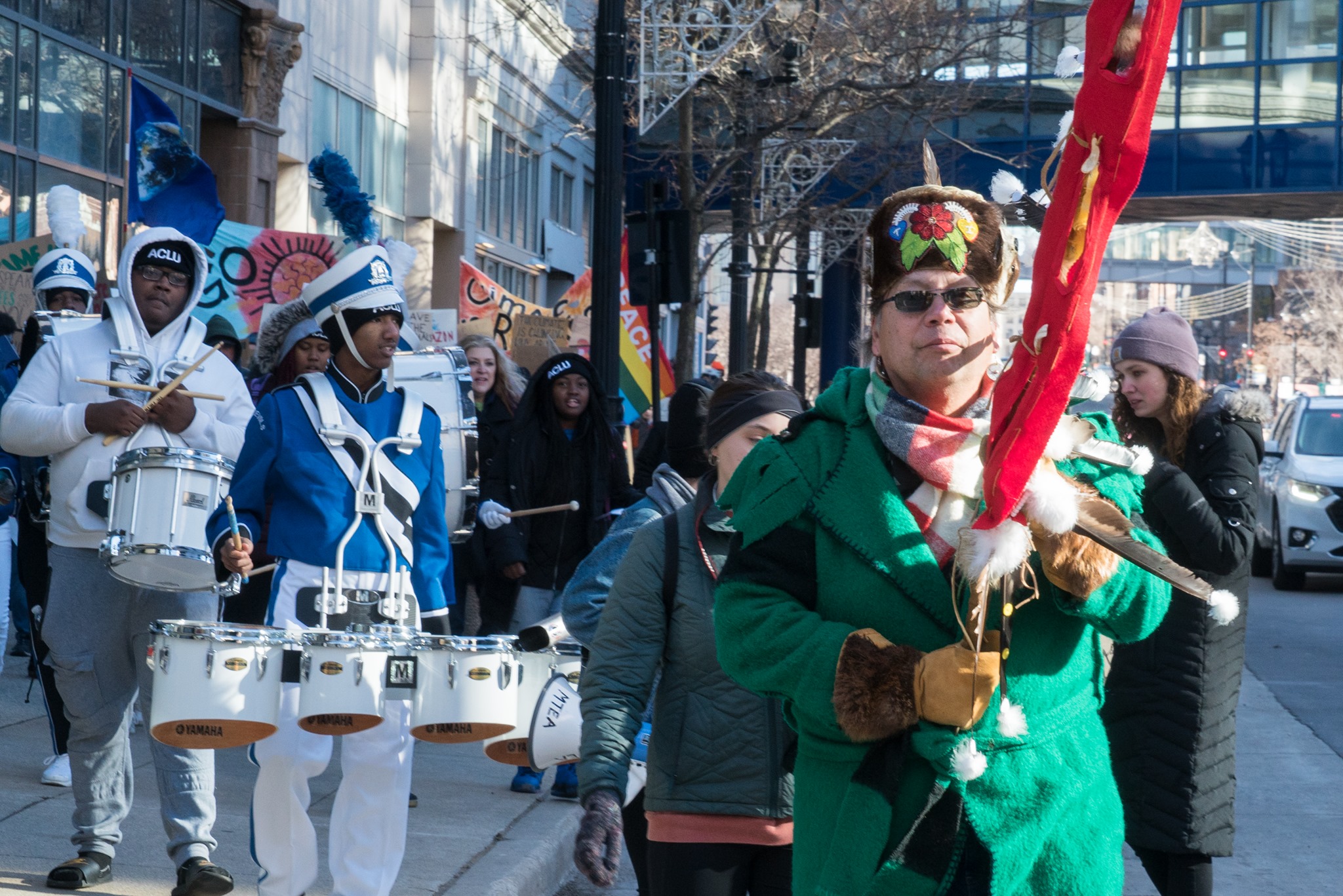 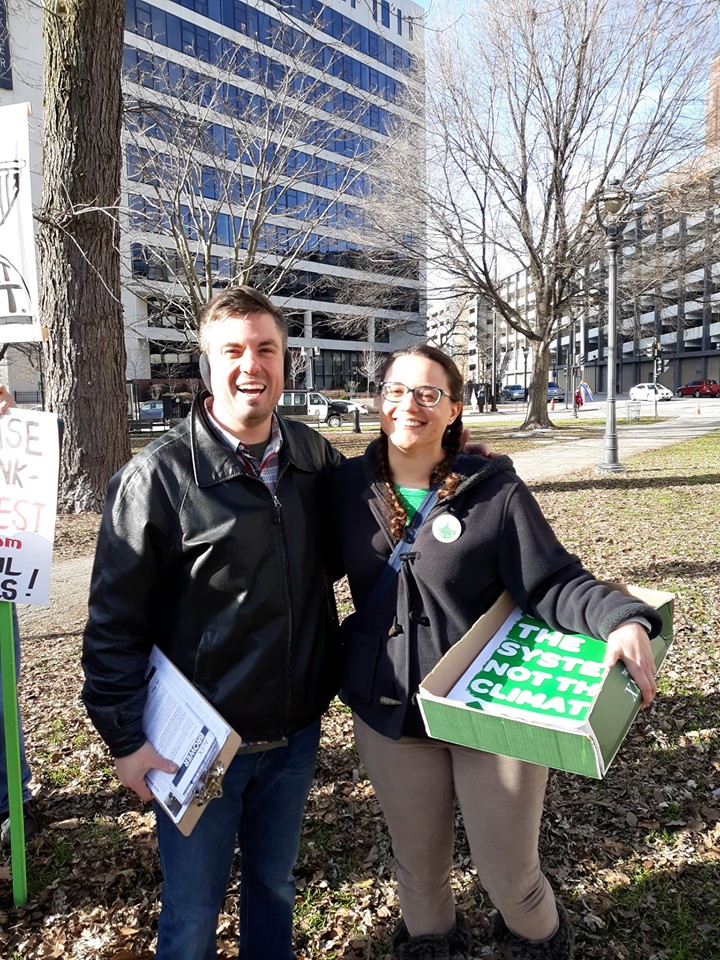 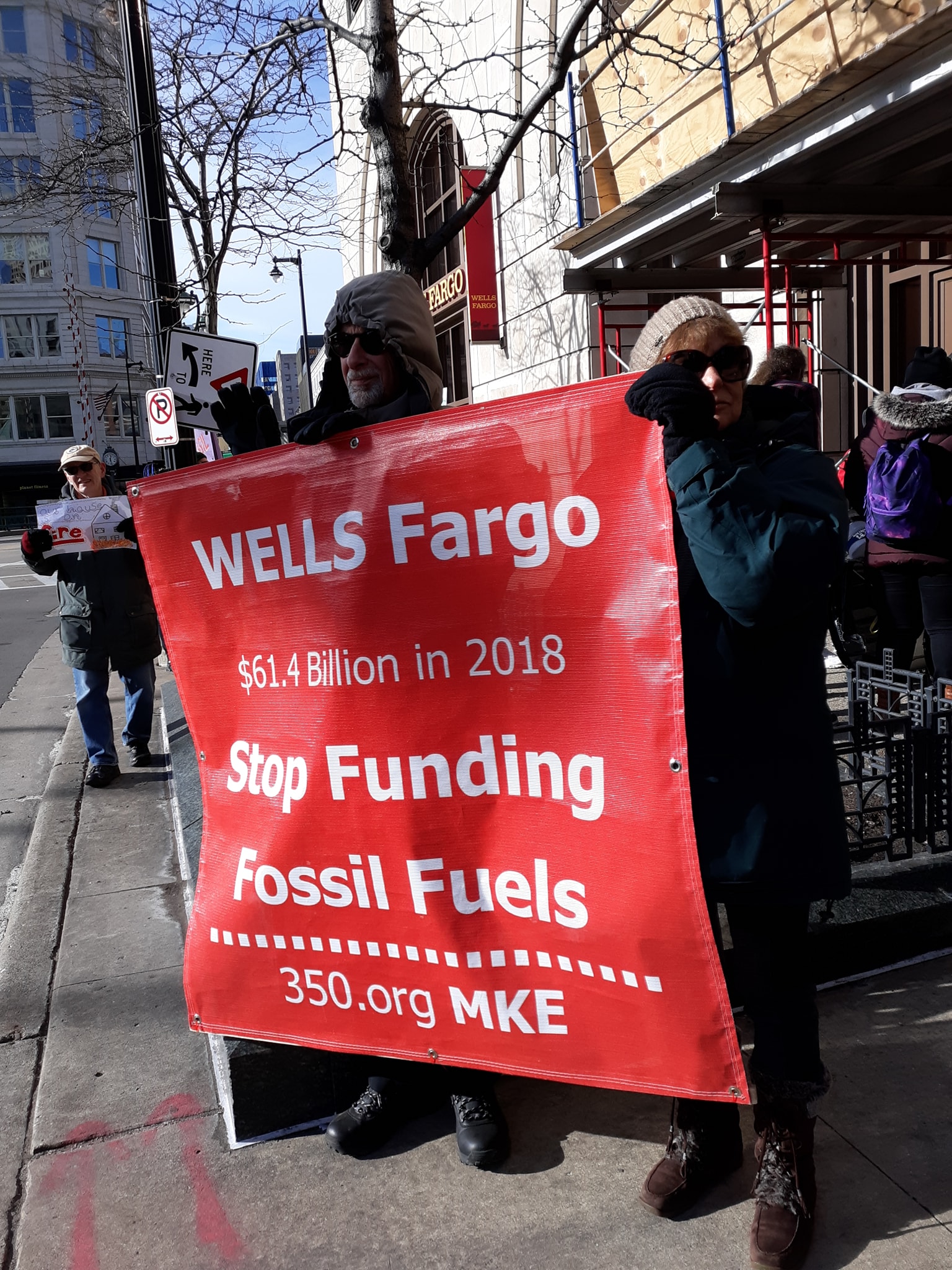 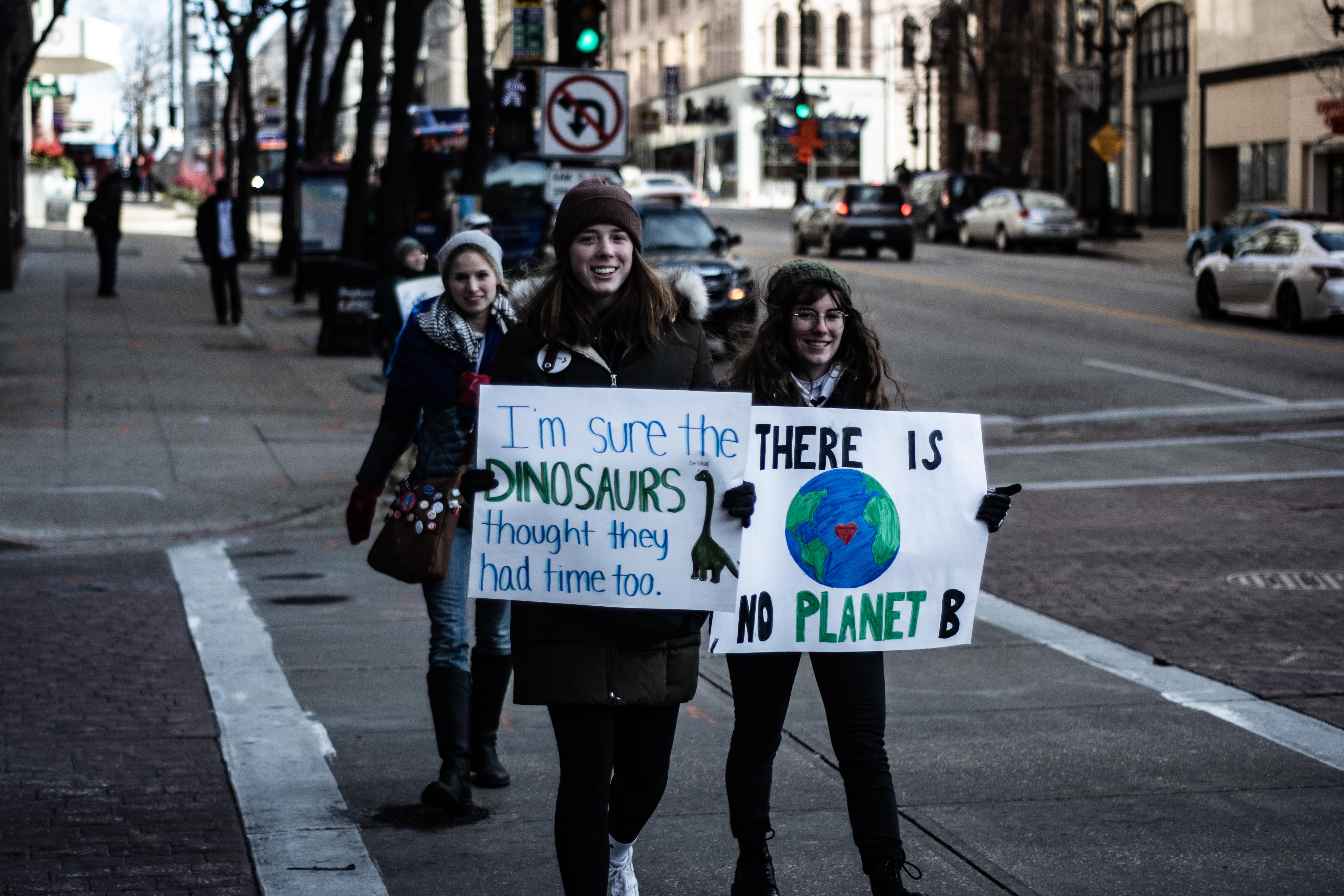 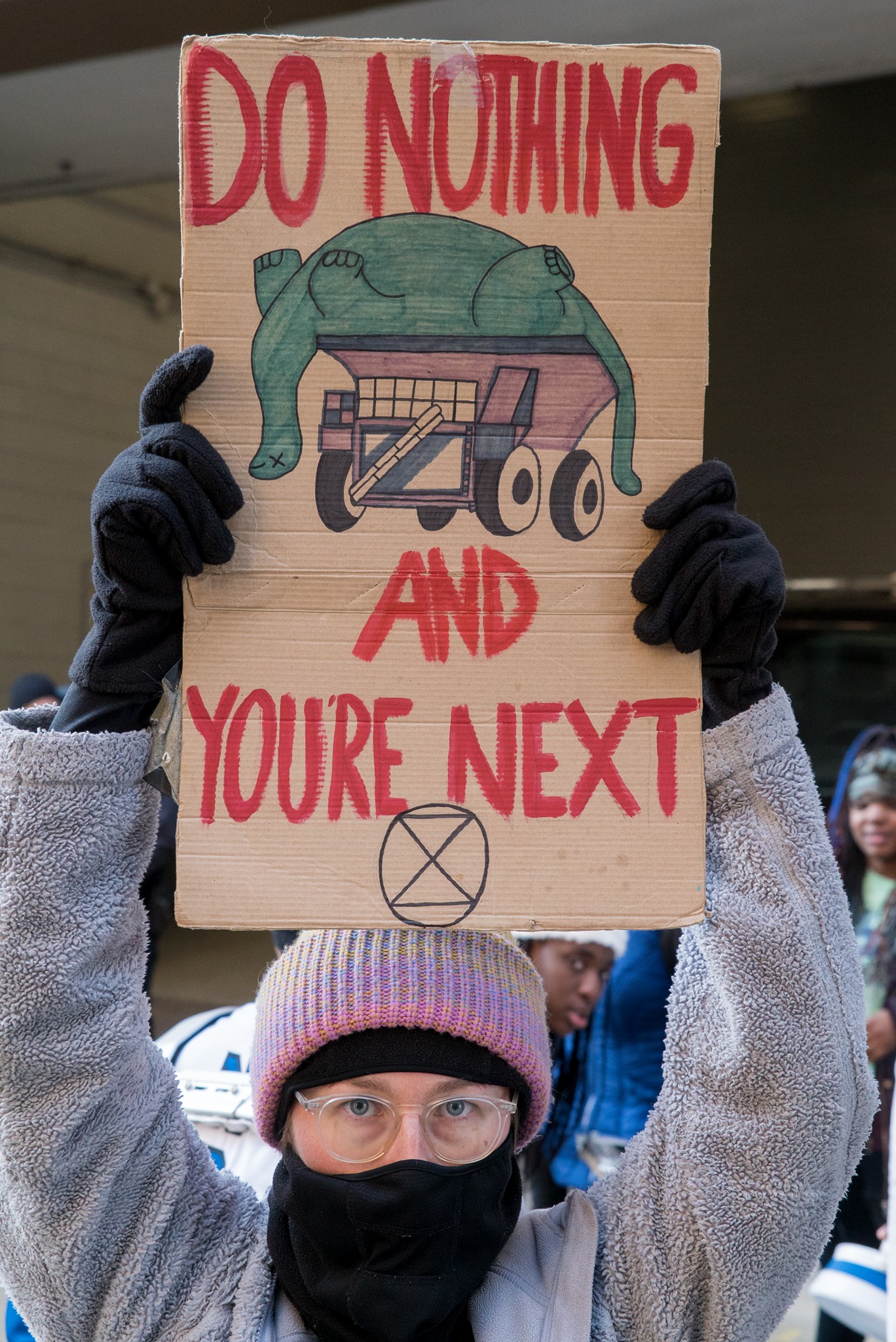 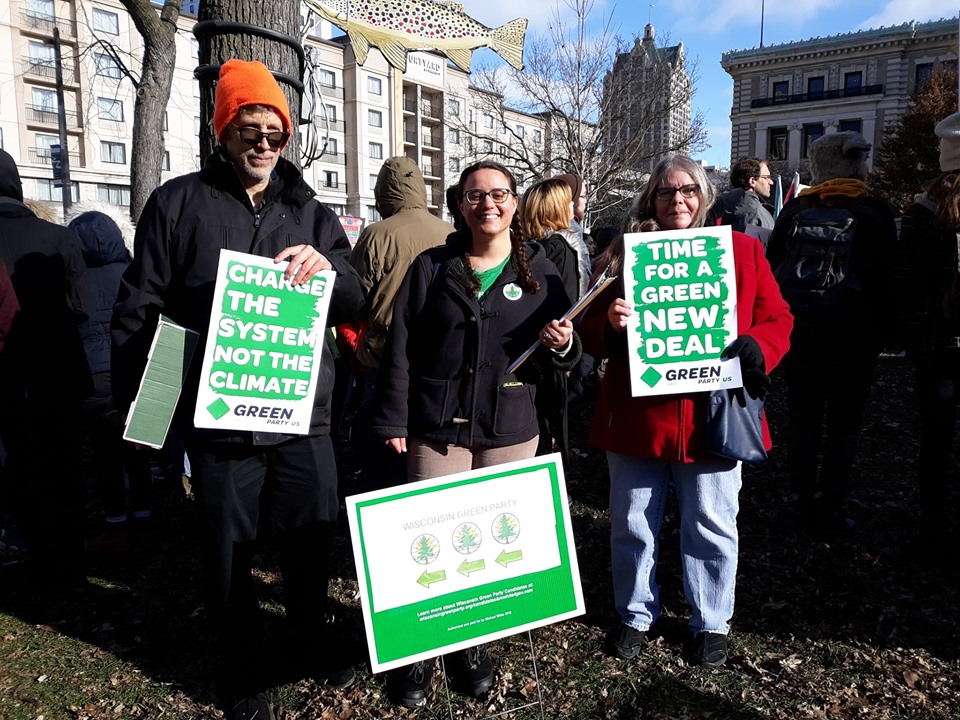 Other footage of the event was taken by Daniel Folkman: