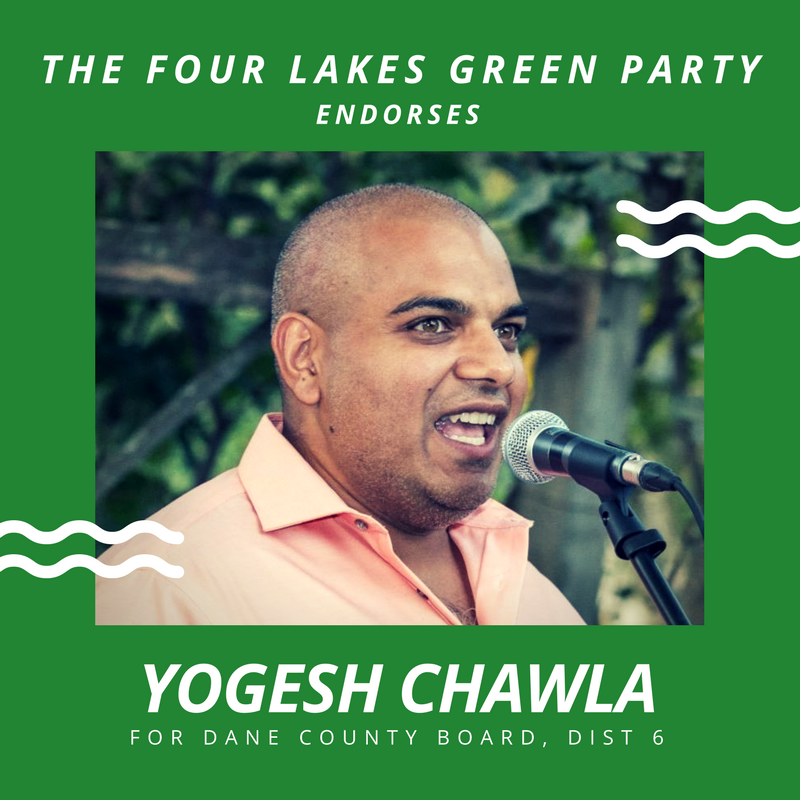 Yogesh is constantly working to make our community a better place, and he is not content to let Dane County rest on its liberal reputation or make excuses for why we can’t do better. He has concrete plans to tackle our county’s racial disparities - some of the worst in the nation - especially in the criminal justice system. He supports assertive action to reverse the decline of our lakes and expand the use of clean energy. One of his top priorities is equity for residents with the greatest needs, including affordable housing, mental health services, and an improved transportation network.

Yogesh also plans to bring his passion for clean, open politics to local government, through increased public access, open source software and data, and greater efforts to inform and engage the public. On issue after issue, he demonstrates the knowledge and drive to be an effective, boldly progressive supervisor who will push Dane County to be the best it can be.

Yogesh is coming up on a hotly contested primary race on February 20th - to learn more about his campaign and how you can help, go to https://www.voteyogesh.com/ .