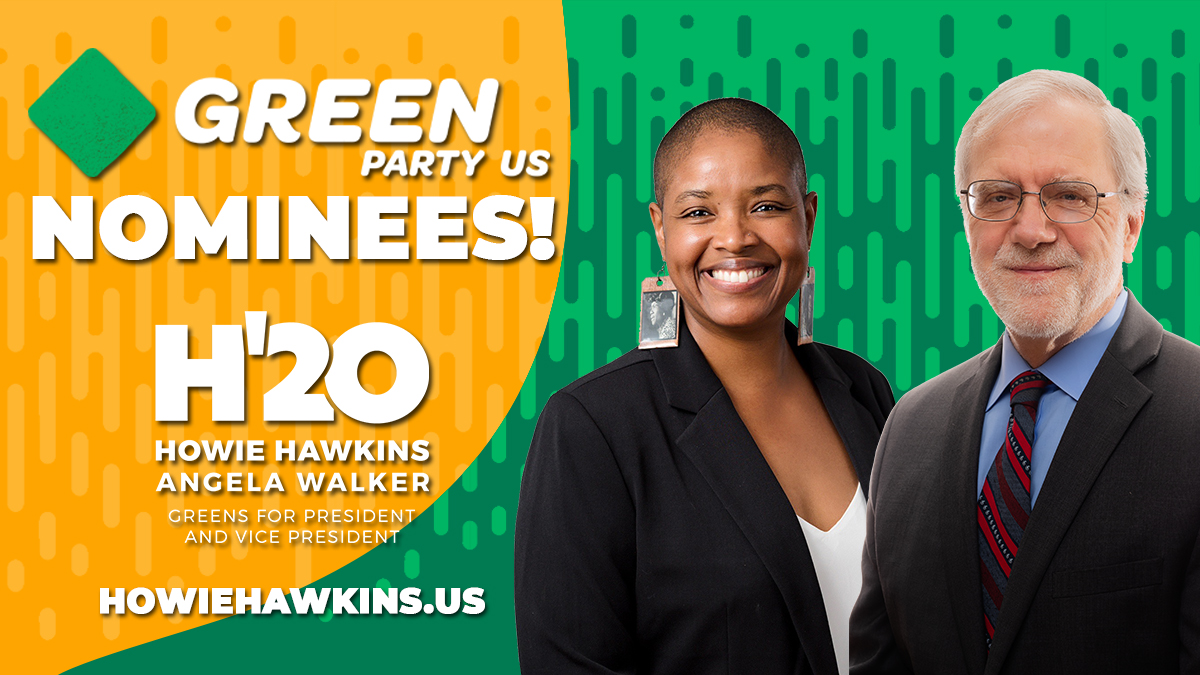 Today the Wisconsin Supreme Court ordered that absentee ballots should not be mailed until it decides whether to place Green Party candidates Howie Hawkins and Angela Walker on the ballot. The Court will review the actions taken by the Democrats on the Wisconsin Election Commission in keeping the Green candidates off the ballot. The Court is seeking additional facts to make a decision in this critically important case involving voter choice.

“The courts are right to be skeptical of this manufactured delay caused by the Democrats,” said campaign manager Andrea Mérida, “Had the Democrats on the Elections Commission avoided violating basic due process at the hearing, we would not be in this position. Instead, the hyper-partisan Democrats on the commission denied our campaign the right to present evidence and should have dismissed the challenge from the beginning because our campaign followed the commission staff’s instructions to the letter regarding Angela Walker’s address change.”

Mérida continued, “There was discussion during the hearing about the potential for us to seek relief via the courts, and prudence would have dictated that the commission communicate to local elections authorities that a lawsuit might be pending.”

The Hawkins/Walker campaign has advocated that vote by mail be available to every voter in all 50 states and the District of Columbia.

“If the Democrats spent as much effort fighting Republican-led voter roll purges and photo ID requirements to suppress the votes of African Americans in Milwaukee and students in Madison as they do trying to keep the Green Party off the ballot, they wouldn’t lose so many elections to the Republicans, the most openly racist and reactionary party in America since the Democrats violently overthrew the Reconstruction governments in the South under the slogan of ‘White Supremacy.’ Party suppression is the Democratic Party’s form of voter suppression. Green candidates bring voters to the polls that otherwise would stay home,” said Howie Hawkins, the Green Party’s presidential candidate.

“Our petition garnered three times as many signatures as is required from thousands of voters who are ready to see a Green Party choice on the ballot, and we intend to go all the way to ensure a fully-inclusive democracy,” said Angela Walker, the Green Party vice presidential nominee and an African-American native of Milwaukee who now lives in Florence, South Carolina.