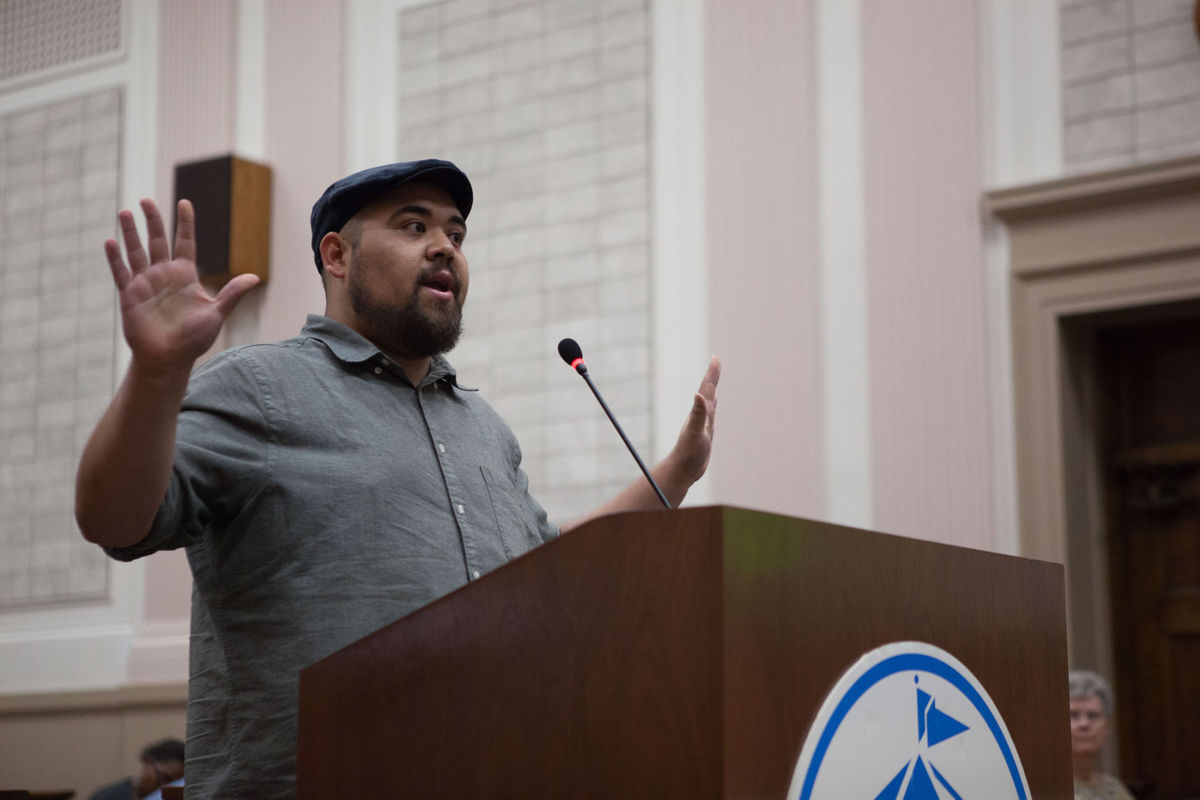 All that, sadly, to no avail. Over the last forty years Racine’s population has continued to decline. We’ve become part of the region in the United States that arrests more young African Americans than any other place in the entire country. We’ve led the state in highest unemployment rate for decades. The situation has been bad for so long that it’s in our county where the environmental disaster known as Foxconn will quite possibly end up, as the long-term unemployment will likely make for a less resistant public.

The Racine Green Party was founded earlier this year. We are comprised of a coalition of individuals who quite simply aren’t willing to wait for change or “support” something without backing it up with action. On June 2nd, we began our petition for direct legislation to decriminalize marijuana. It was one way in which we felt we could address the unjustifiable fact that in Racine a person with black or brown skin is as many as 12 times more likely to be arrested for possession than a person with white skin. In 32 days we accomplished what the party in power hadn’t enforced or implemented in 32 years. We collected the required 3800 signatures to put our initiative on the ballot but didn’t stop there, collecting more than 5200 signatures before we turned them in.

The very next day our common council voted to replace our resigning mayor via special election to be held this October. This was no surprise to us; we have been planning and preparing for this for some time now. Our candidate Fabi Maldonado, the founder of our chapter and one of our co-chairs has spent much of his adult life fighting for progressive change. Months ago, we began assembling a team of at times 14 people to brainstorm, debate, and develop a platform fitting with our ideals of social justice, environmentalism, democracy, and peace, and at the same time specifically designed to address the unique local issues here. We’ve been meeting with a wide range of groups and established working relationships with many of them, and we are proud to possibly soon boast endorsements from groups with national renown.

We have a real opportunity in this special election for mayor but we won’t be done here. The Racine Green Party and the campaign for Fabi Maldonado are focused on winning today and winning tomorrow. We are growing a movement. We have multiple candidates we are running for alderman in the upcoming spring. We will be running for mayor again in the next regularly scheduled election in 2019 as well as more aldermen on that same ballot. The people here in the city have an ever eager and energized reaction to our message. They, like us, are done with just “supporting” progressivism. It’s time to lead the charge.

Learn more and get involved at FabiForMayor.com!